Welcome on my oficial web page! It's not a feat Webmaster, but I am a pioneer in this field. My name is Tomek and I live in Poland in city Przasnysz. The oldest traces of settlement in the area of Przasnysz come from the turn of the Bronze and Iron Age (around 700 BC). In the 13th century in Przasnysz, on the Węgierka River, there was a market settlement. There was also a hunting court of the Mazovian princes, described by Henryk Sienkiewicz in The Knights of the Cross. The name of the city according to folk sources comes from the miller Przaśnik, who hosted the stray hunting Duke Konrad I of Masovia and was then knighted with the surrounding lands.

The great fun was to hear colleagues from different continents, and even to exchange QSL cards with them. Constant waiting for propagation, improvement of equipment, new antenna designs, microphones and audio systems. It took all my free time! The Lima Victor club was founded in 1979 in the Netherlands by Piet and two friends Jack 19LV001 and PJ 19LV002, who have the same 11 meter DX hobby. They take over the group in 2009. Piet becomes an honorary member and accepts call sign 19LV0101. The club is located in Bolsward. Lima Victor club offers a friendly, low and uncomplicated association profile for DX enthusiasts in the 11-meter band. In 2011, the club accepts the first member from Poland, who is me, I accept call sign 161LV001. After a year in the LV club, I am appointed president of the group in Europe, where, together with the HQ group, I try to actively participate in the promotion of the club in the ether, as well as on the Internet, attracting new members from around the world to the club!

Published by Tomek_161LV001 16.09.21 in
My radioshack has been expanded with the new TRX Icom 7300.
Sign In
Navigation
Shoutbox
You must login to post a message. 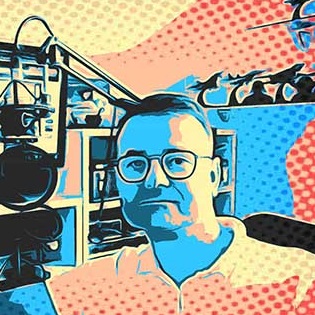